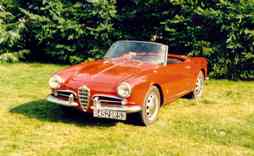 Cabriolet, 14,000 units, by Pinin Farina on the basis of a Giullietta sedan.
The sophisticated mechanics of this small cabriolet and the resulting price, did not allow to reach the production figures of the British roadsters proposed at the same time by MG, Triumph or even Sunbeam, but we did not play in the same yard… 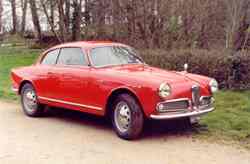 Very elegant bodywork due to the Bertone workshops. The sporty character of the Giullietta sedan allowed many versions in coupe and cabriolet.
This car has the distinction of having been bought in 2003 by its owner of the 70s. It retains a beautiful state of freshness.